Dr. Liu’s research interest is to bring personalized medicine into reality with both bioinformatic technology and humanized mouse models. Many diseases are caused by inappropriate immune interactions between environments and hosts. However it is not a simple task to reach a molecular diagnosis for many of them. For example most patients of chronic urticaria cannot find specific antigens that cause their symptoms, let alone specific receptors of lymphocytes that are activated by such antigens. Indeed each individual has a unique set of immune repertoires in response to environmental challenges. These repertoires are created and matured through a series of random events, which make them not only unique but also huge and diverse; even identical twins share few components of immune repertoires. Without doubts establishment of methods to interpret personal immune repertoires would be the first step toward personalized medicine. With recent advances of technology including platforms of next-generation sequencing and easy access to parallel and heterogeneous computations, it is now possible to explore immune repertoires at unprecedented resolutions and efficiency. Nonetheless bioinformatic analyses alone would not be sufficient because experimental elaboration and verification are essential as well. Traditional mouse models are not good enough because murine immune systems are actually very different from human immune systems. A recent innovation is to study human immune reactions on genetically modified mouse models, or humanized mice. Dr. Liu is especially interested in applying the analyses of immune repertoires on humanized mouse models in the hope that an era of personalized medicine will soon come true in the near future. 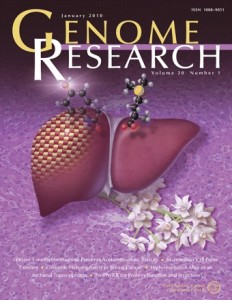 Acetaminophen-induced liver toxicity is the most frequent precipitating cause of acute liver failure and liver transplant, but contemporary medical practice has mainly focused on patient management after a liver injury has been induced. An integrative genetic, transcriptional, and two-dimensional NMR-based metabolomic analysis performed using multiple inbred mouse strains, along with knowledge-based filtering of these data, identified betaine-homocysteine methyltransferase 2 (Bhmt2) as a diet-dependent genetic factor that affected susceptibility to acetaminophen-induced liver toxicity in mice. Through an effect on methionine and glutathione biosynthesis, Bhmt2 could utilize its substrate (S-methylmethionine [SMM]) to confer protection against acetaminophen-induced injury in vivo. Since SMM is only synthesized in plants, Bhmt2 exerts its beneficial effect in a diet-dependent manner. Identification of Bhmt2 and the affected biosynthetic pathway demonstrates how a novel method of integrative genomic analysis in mice can provide a unique and clinically applicable approach to a major public health problem. The finding was the cover story on Genome Research, Jan. 2010.